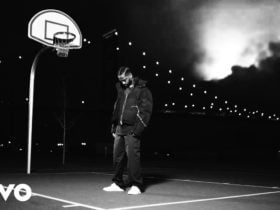 According to the press release, “‘Tie-Dye Sky’ showcases GRiZ’s 2021 mission to release the music he loves and play it for diehard fans in his favorite places.” Speaking on track GRIZ says, “To me, this track is like staring up at the sky and watching it explode into a kaleidoscope of colours.”

MUST READ – Don Diablo & Ty Dolla $ign Team Up For Track, “Too Much To Ask”

This year, GRiZ dropped his massive lineup of the track including “Astro Funk,” “Bring Me Back” with Elohim, “Ease Your Mind” with Ganja White Night and “Vibe Check.”

GRiZ sold out his largest and most ambitious headlining show to date, Space Camp. The two-night run is set to take place at Virginia’s iconic Hampton Coliseum on December 17 & 18, 2021. He’s also expected at Summer Camp, North Coast, Dancefestopia, Imagine and more this year.