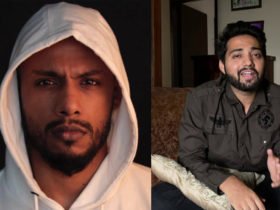 American DJ & EDM producer, GRiZ has teamed up with Subtronics for the new banger, “Griztronics II (Another Level).” Listen to the full song below.

The track, “Griztronics II,” is the follow-up collaboration to 2019’s smash hit from GRiZ and Subtronics, which add anything remotely supplementary to the history or power behind the track.

Subtronics says, “‘GRIZTRONICS II’ is a two year long journey in the making, which is technically the fourth song we have made together, but it really hits a music production/engineering sweet-spot for me. Working with Grant is always an honor and so much fun. He has an insane ear for ingenious new ideas and I am constantly pushed by him creatively.”

Recently, GRiZ released his new 7th album named “Rainbow Brain.” His new album, “Rainbow Brain” is tied up with marvellous intention as a project that feels the most radically authentic to the artist’s path.

READ MORE – 10 Best Guitarists Of All The Time

GRiZ Team Up With Subtronics For New Banger, “Griztronics II (Another Level)”