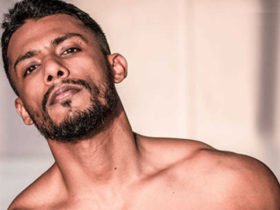 The former frontman of The Walkmen playing outside a barn at his home, with help from his children on backing vocals on 21 June, to mark Father’s Day. The five-song performance saw Leithauser share songs from his most recent solo album ‘The Loves Of Your Life’, which came out back in April.

American musician Bob Boilen expressed his feeling, “This is the most adorable thing you may see this day. Singer Hamilton Leithauser has gathered his father, his daughters, his wife, and two nieces for a family affair that warmed my heart.

“Known best as The Walkmen singer, Hamilton Leithauser plays songs from his 2020 solo album,” he continued, “appropriately titled The Loves of Your Life, while the children sing backup and dance on haystacks. Joy exudes. And there’s not just one Tiny Desk in the shot — look closely for a second tinier one. Happy Father’s Day, everyone.”

“The culture is lit and I had a ball/ If this is it, I’m signing off/ I miss doing nothing most of all/ I guess this virus is gonna get us all,” Leithauser sings.

Speaking about new album ‘The Loves of Your Life’, Leithauser said: “I wrote these songs about individual people. I wrote stories and I wrote music; and then I matched them up. Not one story was originally intended for the music it ended up marrying. These are people I know, and strangers I’ve come across in the last few years.”