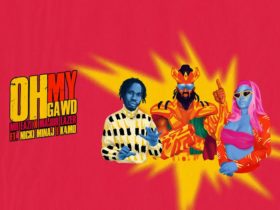 The American singer Harold Reid died at the age of 80 due to kidney failure. ‘Reid died Friday in his hometown of Staunton, Virginia,’ his nephew Debo Reid said.

The quartet’s bass singer and comedian, Harold Reid was born on August 21, 1939, in Augusta Country, Virginia.

He was a founding member of the singing group that gradually evolved into The Statler Brothers, which took its name from a brand of facial tissues.

The Statler brother’s statement said, “He is and will always be loved by his family, friends and millions of fans. His singing, his songwriting, and his comedy made generations happy. He has taken a piece of our hearts with him.”

They went on the road with him and also featured on his TV variety program The Johnny Cash Show, which ran from 1969 to 1971.

Half a decade into the Statlers’ time with Johnny, Harold came up with the design for the Ring Of Fire Singer’s iconic black frock coat.

The Statler Brothers – Bed of Roses (Man in Black: Live in Denmark)