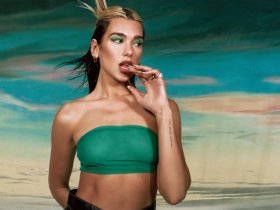 Again Harry Anand came back with his new hit, this time he collabs with Indian actress Nivedita Chandel. They both are looking lead in the video. We will see the amazing direction by the Harry Anand, on the other hand the Playback singer Shrishti Bhandari sung the song with Harry. Nivedita and Harry does amazing dance in ‘Burn’.

Harry has produced some album like Chahat, Charlie Kay Chakkar Mein, Sweet Honey Mix and many more. That album got great response, hope this new song will get hit too.

Here is the official video song ‘Burn’ by the most popular Indian artists Harry Anand, Nivedita Chandel and Shrishti Bhandari. Hope you like it and must share with your friends.

Harry Anand is an Indian music composer who started his musical career by composing for short movies started working in the film industry as a playback singer and crew in the music department.