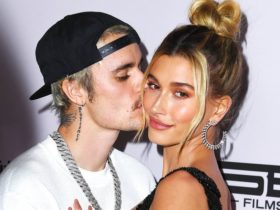 English singer & songwriter, Harry Styles has dropped his new music video song named “As It Was.” Watch the full official video below.

The track was co-written and produced by Styles’ longtime collaborators Kid Harpoon and Tyler Johnson. Speaking about the track, it starts with a child’s voice saying, “Come on Harry, we wanna say goodnight to you”

“Answer the phone / Harry, you’re no good alone / Why are you sitting at home on the floor? / What kind of pills are you on?“, Harry sings.

‘As It Was’ marks the first track from his forthcoming third studio album ‘Harry’s House’, which he announced last month with a teaser trailer. It’s set for release on May 20, and will follow on from 2019’s ‘Fine Line’.