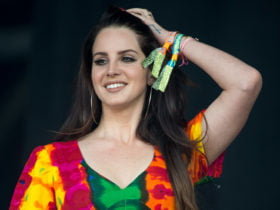 The song has appeared on the theme tune to the new Apple Original series Slow Horses, the first two episodes of which land on Apple TV+ this Friday (April 1).

In a recent interview with Rolling Stone, Jagger explained, “Out of the blue, I got an email from a guy I didn’t know, [composer] Daniel Pemberton.” He continued, “I’d heard of him, because he’d done quite a lot of TV and film music, English guy, and he’d gotten a lot of kudos [and] nominations for awards. He said, ‘Would you be interested in doing this TV theme?’ I’m always up for doing something different.”

Pemberton, who produced “Strange Game,” said in a statement: “Working with Mick Jagger has been one of the most exciting collaborations of my professional career. I think we have managed to create an incredibly unique and original titles theme and I cannot wait for the rest of the world to hear it.”