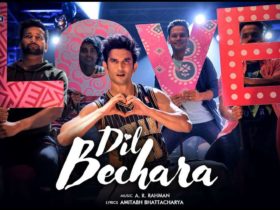 The British rapper, Headie One has teased his new collaboration song named ‘Only You Freestyle‘ with Canadian rapper, Drake.

Headie One shared a post on his Twitter tagging Drake and wrote, “Only You Freestyle with my gg @Drake Link me back here tomorrow at 9 pm.”

The track will be released at 9 pm BST on Tuesday (July 20). The track will mark the first time the two have worked on a song together. ‘Only You Freestyle’ will be the first new music from Headie One since the release of ‘Rose Gold’ in May.

Headie One Teases New Collaboration ‘Only You Freestyle’ With, Drake

Meanwhile, Drake released ‘Dark Lane Demo Tapes’ in May. The mixtape featured the single ‘Tootsie Slide’, which hit number one on the Billboard charts.

He has also been at work on the official follow-up to 2018’s double album, ‘Scorpion’. The forthcoming album is reported, “80 percent complete“.