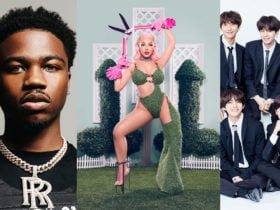 The new AI bot will judge your music test by seeing your Spotify account. It has been released & roasts people’s taste in music.

The Digital publication The Pudding has created ‘How Bad Is Your Spotify’ bot to “judge your awful taste in music” using “sophisticated AI” trained by Mike Lacher and Matt Daniels.

The AI bot tells you as you visit the website, “Hi, I’m an A.I. trained to evaluate musical taste, To get started, I’ll need to see your Spotify.” After users would log in with their Spotify account, the AI bot starts to search through their listening behaviors and ridicules them.

The Pudding said that the AI “knows what’s good” due to it being “trained on a corpus of over two million indicators of objectively good music, including Pitchfork reviews, record store recommendations, and subreddits you’ve never heard of”.

In the meantime, Spotify tested a new feature for its Android users. The new feature is basically an extension of a previously available feature where the platform allowed users to listen to locally downloaded music on their Android/iOS.