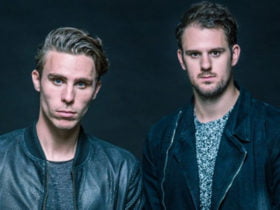 American singer & songwriter, Lana Del Rey has said that she is deactivating all of her social media accounts. Check out the post below.

She took to Instagram and shared a video where she is saying, “Hi guys, I just wanted to let you know that tomorrow we are going to be deactivating our social media accounts, my social media accounts, That is simply because I have so many interests, and other jobs I’m doing that requires privacy and transparency.”

She then assured fans she will continue to work on her spoken word albums, her other music projects, and her poetry, adding: “I’m still very present and love what I do. I am absolutely here for the music.” She also said she was “going on some different endeavours”.

Recently, she released her new music video song, “Arcadia.” The singer also announced her new album, “Blue Banisters,” which finally will be released on October 22.

In April, she announced Blue Banisters. She had also teased something called Rock Candy Sweet, but no other hasn’t released.