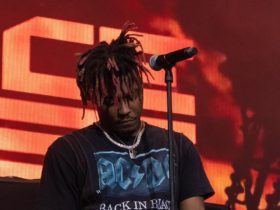 It is time to turn up the music and make some noise for the new desi hip hop banger by the king of the Indian hip hop community, IKKA, DIVINE, & Kaater. The track will be released on Mass Appeal India on 26th Oct 2020.

They surprisingly released the teaser. In the meantime, Nowadays, everyone is waiting for DIVINE’s new album Punya Paap, tracks, and this is surprising for their fans bcoz they will get one additional track for the DIVINE.

After a long time, Ikka is teaming up with DIVINE & Kaater for the new track, it seems like this is the gift for their fans, or it could be the third track for Punya Paap. Earlier this month, Divine teamed up with Stylo G, MC Altaf & Phenom for the brand new second desi hip hop track named ‘MIRCHI‘ from the album Punya Paap.

Last month, He released his desi hip hop title track of his upcoming sophomore new album named ‘Punya Paap.‘ “‘Punya Paap‘ is a personal offering that gives a perspective of his life, “the good the bad and the ugly”. The “Meri Gully Mein” co-writer says. The music video shooted in Goa. It is a mark to Divine’s hit 2019 debut album, ‘Kohinoor’.

On 9th June, DIVINE released his new hip hop track called ‘BANDANA GANG‘ ft. Playback singer Sikander Kahlon. This was the biggest collaboration of Divine, he teamed up with Sikander Kahlon after a long time and produced this hip-hop track.