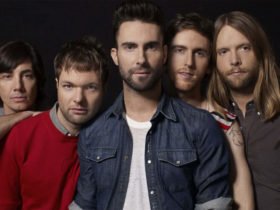 Maroon 5 Rescheduled The US Tour Dates To 2021

American DJ and record producer, Illenium has unveiled his new collaboration with Tom DeLonge of Angels & Airwaves and blink-182 notoriety on the way. Check out the post below.

Something massive is coming after a long time. It seems like Illenium had been working on this project for a while. Meanwhile, there’s no preview and no other information hasn’t been revealed yet, except the album art, the mixture of these artist’s names to get fans excited.

Recently, ILLENIUM released his brand new single named ‘Nightlight’ on his new label home of 12Tone Music. Also, His most up-to-date releases have been the aforementioned edit compilation, May’s ASCEND (Remixes), and his mega-collab with Excision and I Prevail, “Feel Something.”