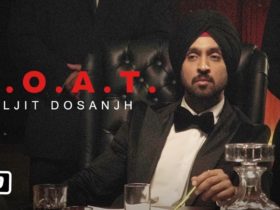 ILLENIUM said about the music video, “In a post-apocalyptic world that is being threatened by an unknown enemy, the “Paper Thin” video exists as a parallel storyline to the “Nightlight” video. Our protagonists find comfort in each other and find meaning in the beautiful things not yet destroyed as they attempt to survive in this new universe.”

On 23rd Oct, he officially released the track on all the streaming platform, The song has amazing catchy beats with smooth vocals by Tom Delonge of Angels & Airwaves. In verse one, he sings, “I see you at the window cill / The rain it won’t stop, the air it’s so chill, / I never heard the words you said / The phone it can’t ring, if the heart is dead, / You carry round your box of glass.”

In Aug, he released his latest single, ‘Nightlight’ on his new label home of 12Tone Music. Also, His most up-to-date releases have been the aforementioned edit compilation, May’s ASCEND (Remixes), and his big-collaboration with Excision and I Prevail, “Feel Something.”