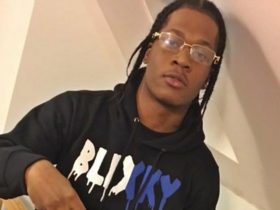 It was realized from that time, when the collab apparently came out around Tough Day of the Dead at the beginning of Nov, when The DJ Softest Hard played ahead of Dog Blood (Skrillex + Boys Noize) that night.

Must Watch the short clip. They both are looking F*cking crazy during the show.