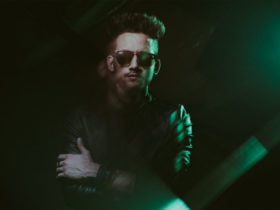 The track, “Que Locura” will appear on his upcoming album, “José,” which will be released on September 10.