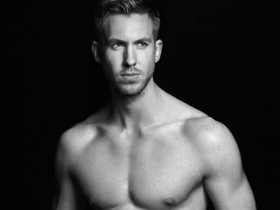 The Indian Punjabi singer-songwriter, Jass Manak has released his brand new album called ‘No Competition’ featuring DIVINE, Sunidhi Chauhan, and many more. Listen to the full album below.

On 13th Aug, Jass Manak announced the album, while releasing the album’s first song ‘YES OR NO,’ In the track, we will see the amazing love story of him, he takes his girlfriend to many beautiful places and finally, in the end, she says yes.

We had been waiting for the album for a long time, and now it is finally here. In this album, he collaborated with DIVINE, Sunidhi Chauhan, Asees Kaur, Vishal Mishra, Aditya D, Simar Kaur, and Gurlez Akhtar.

You Can Download/Play Full Album On :-

Jass Manak is an Indian Punjabi singer-songwriter. He is known predominantly for the songs “Prada”, “Suit Punjabi”, “Lehanga”, “Viah” and “Boss”. His single “Lehanga” has featured on the UK Asian Music Chart and also the Global YouTube weekly chart.