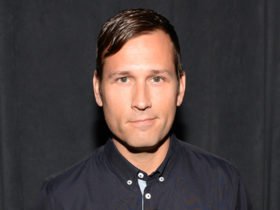 Jass Manak and Maninder Buttar both are famous punjabi singer but there is fight in between us. Maninder buttar claims that Jass Manak copied his song ‘Lehnga’. Maninder Buttar talks openly on this controversy on an interview and also he talks about his fight during his live show.

The Lehnga song is one the hit of 2019 from Jass Manak. While Jass Manak got his break through with his song ‘Prada’ which goes viral.

Also Maninder Buttar which is know by his biggest hit track called ‘Sakhiyan’, which is the biggest hit of 2019. This song is the most viral song of 2019. Many people and also bollywood celebrities are become a fan of this song. Maninder got an exposure after this track, he told this on an interview, you can watch the interview video below.

This is the reason between their fight but today (31/1/2020) maninder buttar drops his first song of 2020 which is ‘Shopping’ on white hill record label’s youtube channel, But intresting fact is that after this song of maninder buttar jass manak also released his first song of 2020 on GeetMp3’s youtube channel. Guess what jass manak also give name of his new track is ‘shopping’. This shows something is unusual between Maninder Buttar and Jass Manak.

Both Releases the track with the same name ‘Shopping’. But Maninder Buttar relased his song first and after 2 hours Jass Manak released his song.

Maninder Buttar shares the video post on Instagram you can watch it now. The caption of this post tells the whole story what is going on.