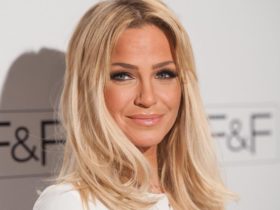 American singer & songwriter, Jazmine Sullivan has teamed up with H.E.R for the new single, “Girl Like Me.” Listen to the full song below.

The track, “Girl Like Me” is taken from the album, “Heaux Tales” which will be released on Jan 8th (Tomorrow) via RCA. Jazmine’s previously released tracks, “Lost One” and “Pick Up Your Feelings” will also appear in this album. Pre-save the full album by clicking here.

“The truth is, women of all ages have been called a ‘heaux’ at some point in life,” Sullivan said about the new album, “whether deserved or not, by some man trying to put us in our place; a place designed to keep us under control, out of the way and usually beneath them. Women are over feeling ashamed about the decision we have made, or chose to make, in regards to our bodies.”

Jazmine’s fans also appreciate her for the album, one of her fan says, “Jazmine is just on a level that’s out of this world. Bless her pen game, and shoutout to HER, she added to this track!” Another says, “It breaks my heart that there are women like this that feel this way. If only u knew how deserving you are. This song is life.”