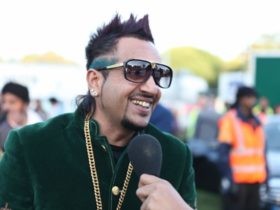 Jazzy B Releases ‘All Eyez On Me’ Ft. Roach Killa

American jazz composer, and pianist, Ramsey Lewis has died at the age of 87 at his home in Chicago.

Ramsey Lewis’s Facebook post confirmed the news and wrote, “Jazz pianist, three-time Grammy winner, and NEA Jazz Master Ramsey Lewis, who successfully crossed over from the Jazz charts to the Pop charts, most notably with his smash hit “The In Crowd,” died peacefully at his home in Chicago on the morning of September 12. He was 87.

Ramsey E. Lewis Jr. was born in Chicago on May 27, 1935. Growing up in the Cabrini Green housing project, he began taking piano lessons at age four and played piano at church, where his father was the choir director. A jazz fan who played lots of Duke Ellington and Art Tatum at home and took his son to jazz concerts, Ramsey Lewis Sr. encouraged Ramsey to embrace that music.”

Lewis broke through in a big way in 1965 with the early crossover smash, “The In Crowd.” The elegantly funky, Grammy-winning song (written by Dobie Gray) was followed by two more chart-toppers, “Hang on Sloopy” and “Wade in the Water.”

In 1995, he introduced the crossover supergroup Urban Knights, featuring Grover Washington Jr., Earl Klugh, and Dave Koz. Urban Knights I was the first of eight albums by the band. In 2005, returning to his gospel roots, Lewis recorded With One Voice, which earned him the Stellar Gospel Music Award for Best Gospel Instrumental Album.

“Ramsey’s passion for music was truly fueled by the love and dedication of his fans across the globe. He loved touring and meeting music lovers from so many cultures and walks of life. It was our family’s great pleasure to share Ramsey in this special way with all those who admired his God-given talents. We are forever grateful for your support.” —Jan Lewis