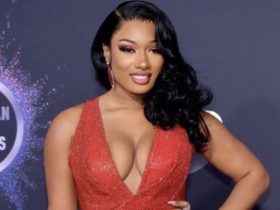 The French musician Jehnny Beth ‘Innocence’ new track out now. She also announced a new album ‘To Love Is To Live’ releases dates, it will be released on May 8th.

She teased the new single this week,  ‘Innocence’ arrives with an efficiency video filmed by Beth.

The track is a pummelling rush of electro-rock that sees Beth mourn of how “it’s living in the city that turns my heart so cold” and record how the various darker features of city life spotlight how “man is a piece of shit“.

“A lot of the things I tried to convey in the album resonates strongly today, sometimes as if premonitory,” said Beth of the song. “‘Innocence’ is about the feeling of isolation I have felt many times in big cities while living so close to people and yet feeling so distant. I think this album coming out at this moment will feel important, maybe even comforting.”

Pre-order & save the arriving album by clicking here.

Jehnny Beth(Real Name Camille Berthomier) is a French musician, vocalist, singer-songwriter, and actress best known as half of a French lo-fi duo John & Jehn and frontwoman of the English rock band Savages.