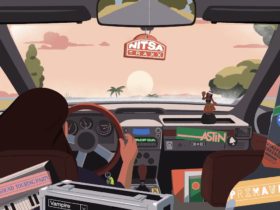 The American rapper, Joey Bada$$ has dropped his brand new three hip hop track named ‘The Light,’ ‘No Explanation,’ and ‘Shine‘ from ‘The Light Pack‘ EP. Stream below.

The Light Pack marks Joey’s first release for Columbia Records. “This is mumble rap extermination/This is a godly interpolation,” Joey tweeted shortly before the project dropped. The lyrics are featured on “The Light.”

Joey then dabbles into his affinity for Jazz by attacking a subtle instrumental on “No Explanation.” For this hip hop track, Joey performs with syncopation whereas still delivering pinpoint rhymes. This units the stage for Pusha T to deliver a verse that takes the track to a different stage.