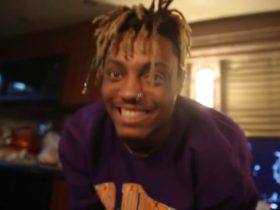 The music artists Ariana Grande and Justin Bieber have replied back at Tekashi 6ix9ine after accused the pop stars of buying the Numer One spot on Billboard‘s Hot 100 chart.

6ix9ine said in the video that “you can buy Number Ones on Billboard, Explain how you buy 30,000 [units] with six credit cards.”

After that, Bieber replied to the rapper’s claims with a statement on his Instagram story. The pop star wrote, “60,000 units came at the end because we don’t disclose our numbers until the end of the week.”

“The rules are clear one credit card can buy max four copies. Anything over that, the entire amount gets thrown out.”

Grande also replied to the argument on the Instagram post, the singer said that both her fans and Bieber’s “bought song”

“they are ride or die motherfuckers and I thank god every day that I have them in my life,” Grande wrote of their fans.

The singer added, “To anybody that is displeased with their placement on the chart this week or who is spending their time racking their brain thinking of as many ways as they can to discredit hard-working women.”

Read the full statement below.