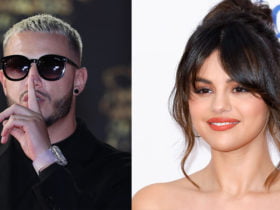 Canadian singer & songwriter, Justin Bieber has teamed up with Chance The Rapper for their new song ‘Holy‘ directed by Colin Tilley. Watch the full video below.

A new era has begun for Justin Bieber with his first single HOLY featuring Chance the Rapper and there is so much more to come. Meanwhile, the track is the first new song from Bieber since his fifth album ‘Changes’ dropped earlier this year.

2 days ago, Justin Bieber shared the news via Twitter while tagging Chance The Rapper and wrote, “New era. New single. It’s begun. #HOLY this Friday ft. @chancetherapper.” Bieber also shared a photo from the song’s video shoot, which sees him wearing dungarees and covered in mud while sitting next to Tilley.

Justin Bieber ‘Holy’ Ft. Chance The Rapper Out Now! Like This Track? Stream & Download The Full Track By Clicking Here.

Bieber released his new album called ‘Changes’ on 14th Feb (this year). The album ‘Changes’ features 17 brand new tracks including Yummy, All Around Me, Intentions, Habitual, Changes, and many more.