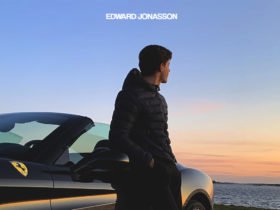 Kai Ming and Marion Mignot collaborate and release ‘Feed The Lion’. Feed the Lion is a mix with Future trap and Electro pop music. The part of the break is concentrated on the bassline groove and cadenced by a dry hip hop snare. The chorus changes drastically to let an 808 bass take place with supersaw synths, widely used in EDM music. The melody has a naive, happy feeling that can echo to innocence which contrasts with raw and cynic lyrics.

In an exclusive conversation with Siachen Studios, Kai Ming shares the Interesting story behind his new track ‘Feed The Lion’ –

Kai Ming – “I remember when we recorded this tune in early 2018. Marion was living quite far from Montréal and a friend told me I could borrow a U87 mic from his school. So Marion decided to come on the spur of the moment. She wrote the lyrics during her trip and I first thought she was truly motivated in making music.”

“When she explained to me what led her to write Feed the Lion, she told me that she had a lot of relationship problems with her roommate. The origin of the title of this song came from an expression the roommate used to say often. The expression means to throw everything that is bad for you to lions. According to Marion, her roommate had a lot of things to throw to his lion to go on through life, and he was unable to understand. They were good friends first but everything finally fell apart when both lost patience. Marion managed to turn an uncomfortable situation into a creative process and for this reason, I think she is an outstanding artist.”

“When we met she explained to me the concept of the lyrics and I was totally in love with her writing. It appeared the famous microphone was defective so we had to deal with what we had on hand. Thus we spent the day in the studio with my friends Marion Mignot and Antoine Seychal. That was a delightful moment and we had a really good laugh together.”

Montreal based music producer, Kai Ming has been working in silence trying to get the right sound during the last few years. Since music has become more than a passion for him, he has spent his time developing his musical tastes and mixing skills on his own before releasing anything. His constant thirst for learning and discovery has led him to taps into several genres of music to produce his own. Indeed, the music he produces is largely influenced by Hip Hop, Pop, and EDM music, and also by Funk and orchestral music at times.

Beyond the vibes carried by each of his oeuvres, his artistic touch is mostly focused on lively grooves and catchy melodies. His desire is to create a music without codes or modes. A music that would diffuse different energies and explore different emotions, in order to create something new and unique.

Because Kai Ming is composing with his gut feelings, there is something organic that comes out of it.
There’s always a meaning behind his works, taking us all through an experience that can’t be placed by words. In his emerging career, he has managed to stand out from the other producers with unexpected productions and other achievements.

Listen to Feed The Lion –