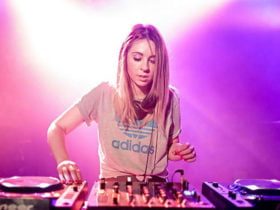 American rapper and record producer, Kanye West has unveiled that, he is going to release his forthcoming album, ‘Donda’ this Friday (July 24).

He announced about the album of Ye’s tenth studio album over the weekend when the rapper shared the tracklist in a now-deleted tweet, which included Ye’s recent, Travis Scott-featuring single ‘Wash Us In The Blood‘.

MUST-READ – Headie One Teases New Collaboration ‘Only You Freestyle’ With, Drake

Kanye West has launched his campaign tour for the US presidential election in chaotic fashion at an event in Charleston, South Carolina, delivering a rambling address that touched on theology, homelessness, corporate power, and involved a long debate with an audience member about abortion. West also suggested that women should be given $1m when they have a baby.