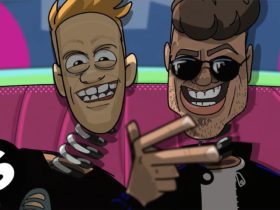 Kanye West uploaded the video on his Twitter account and wrote, “BELIEVE WHAT I SAY (snippet).” The track marks a sample of Lauryn Hill’s classic single “Doo-Wop (That Thing).”

On 26th July,  Kanye West shared a colorful album cover art of his upcoming album ‘Donda.’ which he stated can be accompanied by a film. Also before the announcement, he shared a cover art on his social media with the caption, ‘DONDA ALBM CVR.’ On 21st July, he unveiled that, he is going to release his forthcoming album, ‘Donda’ this Friday (July 24). He has not been revealed the release date yet.

Last Christmas, He released his most up-to-date full-length album, Jesus Is Born. It’s the first piece of latest music we’ve heard from Kanye following the latest self-leaking of his contracts with UMG. This year, he teamed up with Ty Dolla $ign, FKA twigs & Skrillex for the track, “Ego Death,” also he Released a new video song named ‘Wash Us In The Blood’ Ft., Travis Scott.