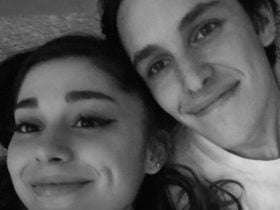 The rapper, singer, and record producer, Kanye West has shared a colorful album cover art of his upcoming album ‘Donda.’ – Check out the post below.

Kanye West shared a cover art on his social media with the caption, ‘DONDA ALBM CVR.’ On 21st July, he unveiled that, he is going to release his forthcoming album, ‘Donda’ this Friday (July 24). but none of it has made an appearance yet.

MUST-READ – Listen To J. Cole Two New Tracks ‘The Climb Back’ And ‘Lion King On Ice’

Currently only one single has been released from the album, ‘Wash Us In The Blood’ featuring Travis Scott, which arrived last month.

Other tweets on Saturday included a public apology to his wife, Kim Kardashian, “for going public with something that was a private matter” over the past week, and a pledge to “beat Biden” in the 2020 presidential race.

“To Kim, I want to say I know I hurt you. Please forgive me. Thank you for always being there for me,” he wrote.