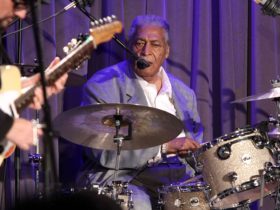 “I’m actually pretty nervous,” Urban said before introducing “When God Whispered Your Name. “Something to do with the Ryman. Actually, it might be to do with trying to sing a new song last year, ‘We Were,’ and it taking, like, four attempts.”

“It’s just whatever that mix is that I do of things,” Urban told Rolling Stone. “I don’t really think of it in terms of … I couldn’t really label that. It’s a broad mix of songs, genres, styles. There’s guitar stuff in there. There’s lots of everything in there. A bit of everything.”

Urban also teased that he will have a few guest artists joining him on the project as well.

Keith Lionel Urban AO is a New Zealand-Australian singer, songwriter and record producer well known for his work in country music. In 1991, he released a self-titled debut album and charted four singles in Australia before moving to the United States the following year.