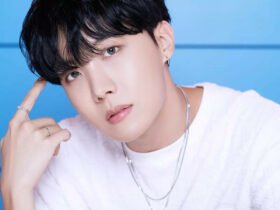 The rappers, Kid Cudi and Eminem have teamed up for their new collaboration song called “The Adventures of Moon Man and Slim Shady”. Listen to the full track below.

Kid released a lyric video for the song yet, which features animated characters as they rap about recovery and current events, among other subjects. “The Adventures of Moon Man and Slim Shady” is Kid Cudi’s third song of the year, following “Leader of Delinquents” and his collaboration with Travis Scott, “The Scotts.”

The track dropped on Thursday at midnight, Yesterday(9th July), Kid Cudi shared a little video of his daughter Vada on twitter handle with the caption, “And now a word from Princess Vada the chosen…” Where, Vada said: “I’m here to say that my daddy’s new single, ‘The Adventures of Moon Man and Slim Shady’, is coming out on Friday [July 10]. Check it out.”

Meanwhile, he’s teased an animated Kids See Ghosts show with Kanye West and he will be featured on the HBO series We Are Who We Are. Cudi’s last solo album was 2016’s Passion, Pain & Demon Slayin’.

In Jan, Eminem released his latest record Music to Be Murdered By in January. The next month, he performed “Lose Yourself” at the Academy Awards.