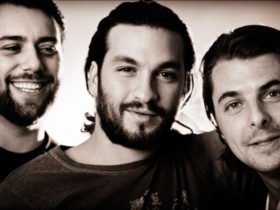 Kim shared a post on twitter with captioned : “psyched for the tour… come as you are! Tickets on sale Friday at 11am CET.https://kimaltheagordon.com/#tourdates“

Gordon will perform tracks from ‘No Home Record’ on her newly announced UK, European and North American tour. Gordon will be joined in her live band by Yves Rothman, Sarah Register, Emily Retsas and Sterling Laws on drums

Check out the No Home Tour dates here :

Kim Althea Gordon is an American musician, singer, songwriter and bassist, guitarist, and vocalist in the alternative rock band Sonic Youth. Born in Rochester, New York, Gordon was raised in Los Angeles, California, where her father was a professor at the University of California, Los Angeles.