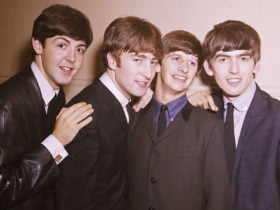 The Beatles Reveals ‘Let It Be’ A Special Edition Release

The Music Artists Krewella And Nucleya has released their brand new Official Lyric Video “Good On You“. The Most popular Indian DJ Nucleya collabs with Krewella(EDM Band) after a long time and made this brand new drop “Good To You“. The Official Music video of this song will be releases as soon as possible. The song “Good To You” has amazing vocal with the superb beats by DJ Nucleya. Hope you like this song and share with your friends.

Here is the official Lyric Video “Good On You” by the most popular DJ/artists Krewella And Nucleya. You must listen and watch this video song with lyric. Hope you love this song. Video by Rachael Johnston.

You can Stream/Grub/download this brand new Lyric Video Song “Good On You” by the most popular artists Krewella And Nucleya from this link and also listen this music across the platforms :- CLICK_HERE.

Nucleya(Real name Yash Khinniwal) is an Indian electronic music producer. In 1998 he cofounded Bandish Projekt with Mayur Narvekar, managed by Mehirr Nath Choppra. In 2007, Udyan stepped out of Bandish Projekt after working with Mayur for about 12 years, and began to rebuild himself as Nucleya.

Krewella is an American electronic dance music band from Northbrook, Illinois, United States, that formed in 2007. The band consists of sisters Jahan Yousaf and Yasmine Yousaf. Originally a trio, their third member and producer Kris Trindl left the band in 2014.