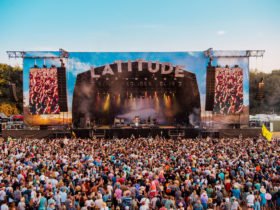 The track, ‘SAY MY NAME‘ is written & performed by KR$NA, produced by Call Me G, Additional Production & Mixed & Mastered by Deep Kalsi, Video by Shubh Verma, and released by Raftaar and Ankit Khanna’s record label ‘KALAMKAAR.’

This is the first time KR$NA has dropped a track in two languages (Hindi & English) and in both the languages the rap properly blends in with the beat. There isn’t much difference between the track, as one is just the translated version of the other. Everything else in both the tracks are the same & his vocals really made the song amazing. Know more about the track listen to the track here.

In Hindi he raps, “Puri Life Me to Underdog Tha / Kalam Chale Mera Lage Thunderstorm Sa / Beat Baje Jub Bom Pa Pum Pa’ Pum Pum / Saare Dekhege Jalwa Bhi Mere Dum Ka.” Meanwhile, in English, he raps, “All my life been an underdog / But when I write, feels like a thunderstorm / When the beat Go Bum’pa Pumpapumpum / I gon’ feel like I’ve Brung a bomb / Set fire to the game they gon’ fear me.”

KR$NA – SAY MY NAME Out Now! Like This Track? Download & Stream the full track by clicking here:- English & Hindi.