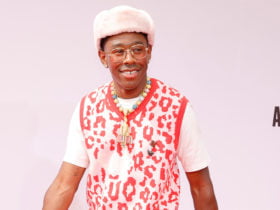 American-Indian record producer, KSHMR has teamed up with musical artist Karra for the newest track named ‘Anywhere You Wanna Go‘ from new alias Dreamz. Listen to the full music below.

On 5th Aug, KSHMR announced his new project Dreamz via Instagram and dropped the first song “Casual” feat. Nevve. Now he comes with the second song ‘Anywhere You Wanna Go’ ft. Karra. He said about the new alias, “Dreamz is a place for songs that reflect a different side of me.”

Speaking about the track, he spaces himself even further from the KSHMR title with a sultry, melodic pop tune with heat guitar plucks, and a few stripped-down productions. Finished away with are the large, mainstage synths, changed by a cool bassline and a wonderful, catchy melody.

KSHMR & Karra’s ‘Anywhere You Wanna Go Out Now On All Streaming Platform! Like This Track? Stream & Download The Full Track By Clicking Here.

In the new alias, The music still sounds KSHMR but with a bit of a different vibe.

Recently, He teamed up with LUM!X, Gabry Ponte & Karra for a new track ‘Scare Me‘, KSHMR gives an amazing sound that provides an air of secrecy. It’s not long before it breaks into thriving beats which are critically up-tempo and blustering in nature. Last month, He & Brazilian DJ, Alok released their brand new single ‘Let Me Go.‘

Meanwhile, On 14th Feb (this year), he teamed up with Hard Lighter for a new track called ‘Over And Out’ ft. Charlott Boss. Last month, he released his brand new EDM track named ‘Kids‘ featuring the music artists, Stefy De Cicco & MKLA.