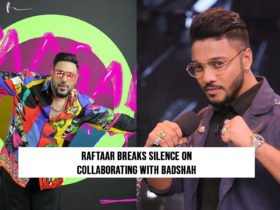 Kshmr (Niles Hollowell-Dhar) is an Indo-American musician, record producer and DJ from Berkeley, California. The name Kshmr has exploded on the international EDM scene and continuously belts out chart toppers and collaborations with Tiesto, Carnage, Tigerlily, R3hab amongst many others. Kshmr have deep connection with India which sounds from their echoes. Lot of their tracks gives the Indian musical vibe. Kshmr mix the Indian epic orchestral sounds with the electronic dance music.

While the other side the Lost Stories is an Indian DJ/producer duo composed of Prayag Mehta and Rishab Joshi. They are widely known for their official remixes for Alan Walker‘s “Faded” and “Afrojack‘s “The Spark” with prior releases on Tiësto‘s formerly owned record label Black Hole Recordings and with official remixes to songs of many prominent EDM musicians.

In the music video of Bombay Dreams the dancer Akshat singh who have a passion in dancing but due to his oversized body people makes fun and this feels bad to him. But his female friend shows support to him, and at the end of the video akshat saw his grandfather enjoy dancing with the random kids. So, this video gives the inspirational message to us which is that you don’t think about the people around us you have to enjoy every moment of your life and follow your passion with hustle. Bombay dream song is all about the emotional and cheerful moments.