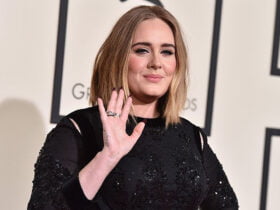 Norwegian DJ and record producer, Kygo and singer, Donna Summer have released a new music video for their song ‘Hot Stuff‘ from Donna’s 1979 hit. Watch the video below.

Earlier this week, Kygo teased the music video which is the reimagining of the late Donna Summer season’s iconic “Hot Stuff.” Kygo’s new version brings extra power and the outcome of the music would work very well as something everyone can dance to, thanks to Kygo’s DJ sets.

The brand new production drives a bumpy sound design that permits the sensible vocals and the unique melody shine and is a very successful cover by Kygo. Meanwhile, the original track which is produced by the legendary Giorgio Moroder, was a prompt chart-topper and went on to earn a platinum RIAA certification and a Grammy Award for Greatest Female Rock Vocal Performance.

This year, Kygo has scoured extra into covers, from ‘Higher Love’ with Whitney Houston to his most up-to-date release ‘What’s Love Got to Do with It’ with Tina Turner – each of which have unsurprisingly performed extremely well. Also, Kygo’s sophomore LP Golden Hour is still in the No. 2 position on the Top Dance/Electronic Albums chart, just behind Lady Gaga’s Chromatica.