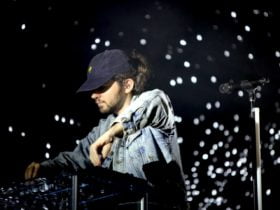 American singer & songwriter, Lady Gaga & Tony Bennett has released their new song named, “I Get A Kick Out Of You.” Listen to the full song below.

The track will appear on their upcoming new album, “Love For Sale,” which will be released on October 1 via Columbia and Interscope. They recorded the album, “Love for Sale” at New York’s Electric Lady Studios.

According to a press release, Bennett had been diagnosed with Alzheimer’s disease by the time of the sessions. (Bennett’s family publicly revealed the diagnosis in a 2021 interview with AARP The Magazine.) The singers released their last full-length collaboration Cheek to Cheek in 2014.

Check out the album, ‘Love for Sale‘ Tracklist here: