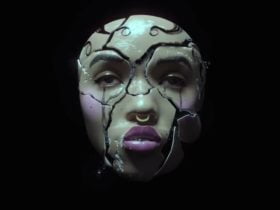 The video starts with shots of an anonymous group burning off a holy book when Amrit Maan enters the shot singing. He is then seen fighting off this group of people who were burning the book and goes on to fight many other people while singing. In Between, the video Sidhu Moose Wala enters the scene. The song then returns to its original theme where the duo starts eliminating the bad guys again. The video has now gone viral and has many positive comments.

Recently, Sidhu Moose Wala has released his latest album called “Snitches Get Stitches“. At the start of 2020, he has been released back to back new music including ‘ROTI‘ ‘8 CYLINDER‘ ‘APPROACH‘ ‘GWACHEYA GURBAKASH’, ‘TIBEYAN DA PUTT,’ ‘TAARE‘ and many more. Hopefully, we will get his more Punjabi song soon.