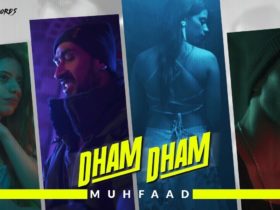 Led Zeppelin has just released their concert film “Celebration Day” on YouTube. The concert was filmed on December 10, 2007 at the O2 arena in London. The legendary rock band that has inspired generations of rock and thousands of artists has sold over 300 million records worldwide. The concert featured three of the original members in John Paul Jones, Robert Plant, and Jimmy Page. They were joined with Jason Bonham who is the son of the late drummer John Bonham who was the original drummer. “Celebration Day” premiered on May 30, 2020 at 8pm UK time. It is available for three days until June 2.

When they performed this in 2007 that was their first headlining concert in over 27 years and it was one of the most anticipated concerts in Rock and Roll history. The concert features hits like “Good Times Bad Times” “Ramble On”, Black Dog”, “Stairway to Heaven”, “Whole Lotta Love”, and “Rock and Roll.” The 2 hour concert is filled with exciting rock songs and lots of energy. Led Zeppelin may be older now in this video, but they can still rock. You can find the concert and listen to music on their official Led Zeppelin YouTube channel.

Fans are always dreaming of another reunion tour from Led Zeppelin. The answer seems to be “no” since it’s been more than a decade since the O2 show. Whether they return together on the stage is yet to be seen, at least you can watch this awesome live concert on YouTube during quarantine.