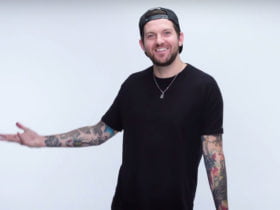 Dillon Francis Team Up With Shift K3Y For Love Song, “Love Me Better”

Speaking about the trailer clip, Lil Nas X appears as a blonde television reporter breaking the news that Lil Nas and Jack Harlow, the prisoners in the ‘Industry Baby’ music video, have escaped.

“Creating this album has been therapy for me,” Lil Nas X tweeted. “I’ve learned to let go of trying to control people’s perception of who I am, what I can do, and where I will be. I’ve realized the only opinion of me that really matters is my own.”

In the meantime, he also announced that he’s joined Taco Bell for the album release as chief impact officer earlier this week. “Life has come full circle,” he tweeted on Monday, referring to his past life as a Taco Bell service worker. “I officially work at taco bell again.”