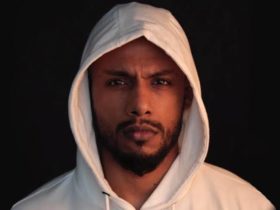 He collaborated with Megan Thee Stallion, Elton John, Miley Cyrus, and Doja Cat & also shared the music video for “That’s What I Want,” which was directed by Stillz.

“I feel like, with this album, I know what I wanted,” he tells Apple Music’s Zane Lowe. “I know what I want. I know where I want to be in life. And I know that’s going to take me being more open and bringing it out of myself no matter how much it hurts or feels uncomfortable to say things that I need to say.”

The album brims with surprises that continuously reveal him anew, offering a peek into the mind of an artist who is unafraid of himself or his impulses, even with the knowledge that he’s still a work in progress.

The album featuring 15 tracks including: