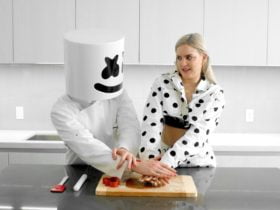 He shared the tour news via Instagram and wrote that “I’m having my very first tour. and all of u better come or I will cry on Instagram live.”

The tour ‘Long Live Montero’ will take place in North America at The Fillmore in Detroit on September 6, and will make stops in Chicago, Nashville, Los Angeles, and more before wrapping up in San Francisco at the Bill Graham Civic Auditorium on October 23.

The ‘Industry Baby’ hitmaker will then head out to Europe for a run of dates, starting in Amsterdam on November 8, taking in shows in Berlin, Hamburg, Paris, Brussels, and ending in Barcelona, Spain on November 17.

Among the European dates, Lil Nas X will head to London for a one-off UK show at Eventim Apollo on November 12.