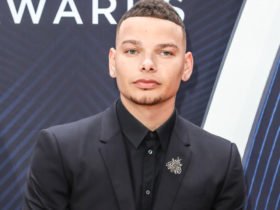 Kane Brown, Swae Lee And Khalid Join Forces For New Song “Be Like That”

American rapper and singer, Lil Nas X to release a new track named ‘STAR WALKIN” from ‘League Of Legends’ collab. Check out the post below.

Game, “League Of Legends” creator Riot Games has shared that he has revealed a new song named ‘STAR WALKIN” for the game’s Worlds 2022 tournament.

The track, ‘STAR WALKIN” will be released on September 23, days before Worlds 2022 kicks off in Mexico City.

Also, the rapper has announced that he will be performing a live set at the League Of Legends Worlds Finals, which takes place at San Francisco’s Chase Center on November 5.

“I AM OFFICIALLY THE NEW PRESIDENT OF League Of Legends,” Says Lil Nas X