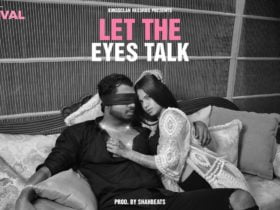 Billie Eilish – everything i wanted

Billie Eilish – everything i wanted Out Now! Like this track? Download or add it to your favourite Spotify/Apple Music playlist by clicking HERE: http://smarturl.it/everythingiwanted

The American singer-songwriter Billie Eilish has released her new song named ‘Everything I Wanted‘ at her own YouTube channel. She looking in it with his brother in the video, and the video is also directed by Billie itself.

The song is so simple, yet so deep. we’ll see how vulnerable Billie gets in her music. It makes it so easy to relate to her when she is just being real and telling people how she feels.

Eilish said: “My brother and I wrote this song about each other and I wanted to create a visual that emphasises that no matter what, we’ll be there for each other through everything. This is the second video I’ve directed of mine. We worked so hard, for hours and hours on end. I love it, I hope you do too.”

Billie Eilish Pirate Baird O’Connell is an American singer and songwriter. Born and raised in Highland Park, Los Angeles, Eilish began singing at a young age. She gained media attention in 2016, when she uploaded the song “Ocean Eyes” on SoundCloud, subsequently released by Darkroom on Interscope Records.