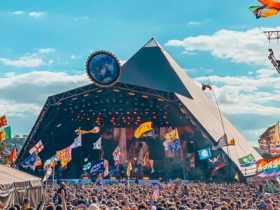 British rapper, singer, and actress, Little Simz has released her new album named ‘NO THANK YOU’ – Listen to the full album below.

“No Thank You” will follow up her Mercury Prize-winning fourth album, 2021’s ‘Sometimes I Might Be Introvert‘, with another record. The album features 10 brand new tracks including, Angel, Gorilla, Silhouette, No Merci, X, Heart on Fire, Broken, Sideways, Who Even Cares, and Control.

It is produced entirely by Inflo, the record is a tight, 10-track suite of classic-sounding hip-hop, with Simz rapping over beats rooted in soul and R&B as Inflo’s Sault bandmate Cleo Sol dips in and out on backing vocals.

Little Simz Returns With New Album ‘NO THANK YOU’ – Listen