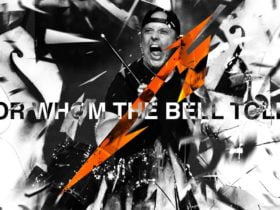 Watch Metallica & San Francisco Symphony ‘For Whom the Bell Tolls’

American rapper & singer, Logic has quitted his retirement from music after less than a year, and said that to his fans: “I’m back.” Check out the post below.

The rapper shared the news via Twitter with a statement and said that, “Friday,” it seems that new Logic music will drop tomorrow (June 18),”

“Washington, DC. (June 16, 2021) – The following statement was released today by Logic, through his attorney Paul Rothenberg, Partner of Rothenberg, Mohr & Binder, LLP located in NYC, in response to questions about his future career plans: “I’m back.” He added.

The Maryland rapper said that he was retiring following the release of his sixth studio album ‘No Pressure’, which arrived in July 2020.