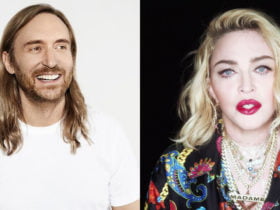 American rapper & singer, Logic has released his first new song named “Intro,” after quitting his Retirement. Now listen to the full song below.

The track marks the rapper’s second solo song of the year, Earlier this year Logic dropped his solo track “Tired in Malibu.” In April, Logic teamed up with Madlib for their new project MadGic. Also, they both have released two singles so far: “Mars Only pt. 3” and “Raddest Dad.”

Yesterday, Logic announced that he is quitting his retirement from music after less than a year, and said that to his fans: “I’m back.” He added, “Washington, DC. (June 16, 2021) – The following statement was released today by Logic, through his attorney Paul Rothenberg, Partner of Rothenberg, Mohr & Binder, LLP located in NYC, in response to questions about his future career plans: “I’m back.”

Last year, The Maryland rapper released his latest studio album, No Pressure. In July of that year, the rapper announced his “retirement.”