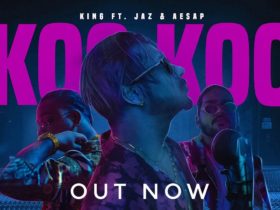 She also released videos for “Mood Ring,” “Fallen Fruit,” “Leader of a New Regime,” “Secrets From a Girl (Who’s Seen It All),” and “The Path.”

“I was very much raised outdoors by the beach, in the ocean, outside,” the New Zealand pop titan tells Apple Music.

She added, “But it wasn’t until I got my dog that I understood how precious the natural world is and how many gifts there are for someone like me to receive. I felt like all I was doing was paying attention and being rewarded tenfold with things that would not just lift my mood, but legitimately inspire me.”