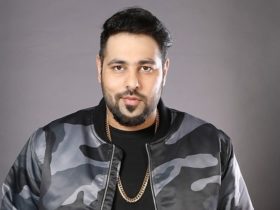 Badshah Interview: Kaleshi launde is a trio of three Delhi based artists

The song is taken from her new album Solar Power, which will be released on August 20th, 2021. The video was co-directed by Lorde and Joel Kefali & produced by Andrew McLean.

Lorde sings, “I’m tryna blow bubbles but inside / Can’t seem to fix my mood / Today it’s as dark as my roots / If I ever let them grow out / Now all of my oceans have riptides.”

The new track follows her previously released singles “Stoned at the Nail Salon” and “Solar Power.”

Lorde wrote in a statement on “Mood Ring”, “This is a song I am very excited about, it’s so much fun to me. Obviously, when making this album I did a deep-dive into the ’60s, Flower Child culture. I wanted to understand the commune life, dropping out of society and trying to start again.

She added, “That really resonated with me when writing this album. One thing that occurred to me as a major parallel between that time and our time is our wellness culture and our culture of spirituality, pseudo-spirituality, wellness, pseudo-wellness.

“Things like eating a macrobiotic vegan diet or burning sage, keeping crystals, reading tarot cards or your horoscope. These were all things that they were dabbling in back then, and that I and my girlfriends are dabbling in today. I was like “I think there’s a pop song in here.” So this is kind of my extremely satirical look at all of those vibes.”