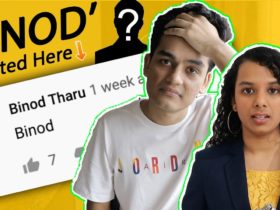 Who Is Binod? Revealed By Slayy Point

The music video is directed & produced by Eartheater, her debut single was released on Chemical X, the label owned by New York experimental pop artist Alexandra Drewchin, aka Eartheater.

In October, In an Interview, Leon discussed bringing a multi-faceted approach to her creative projects. “I don’t have a specific goal. I probably should. I have a very specific sense of style, and I’m interested in aesthetics, so I like to incorporate all those parts of myself into my projects,” she said.

“I don’t know how I feel about acting yet. I think it’s about finding a role that wouldn’t be too far off from who I am already. Honestly, actors really annoy me and I can’t be around them. As for music, I can sing. I just don’t care about it. Maybe it’s too close to home.”