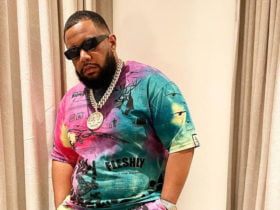 The English singer-songwriter Lucy Rose has released her two new tracks called ‘Question It All’ And ‘White Car.’

These two tracks were initially to be released in December to tie in with her show at the Barbican in London.

Rose said about ‘Question It All’ she intended to pair the song with a clip that “was uplifting in this strange time, and hopefully some people happy”.

“I put out a post asking my fans to send me a video of something that is helping them through this time and bringing them joy, whether it’s reading, cooking, drawing, playing music,” she explained.

“Every video I received has made me smile so much, they are so heart-warming and together have made a video that’s really meaningful to me. Making it has brought me a lot of happiness, and I hope for those who are in it and watch it feel the same too.”

Rose said she now feels “connected” to the two songs “musically and lyrically: it’s almost like a whole different meaning came to life”.

Lucy Rose New Songs ‘Question It All’ And ‘White Car’

Lucy Rose is an English singer-songwriter and musician. Her debut album, Like I Used To was released in 2012. Rose released her second album, Work It Out, in 2015 on Columbia Records. Her third album, Something’s Changing, was released in 2017 on Communion Records.